Asiatique The Riverfront is the newest Bangkok Night Market, opened in May 2012. Ever since the closure of the Lumphini night market there have been different places that tried to “fill the gap” – and this finally is it. 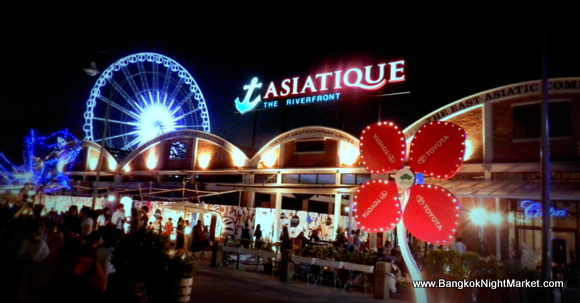 Actually it’s more than a typical night market – it could also be called a shopping and lifestyle complex. But the main place is a shopping area located in the old warehouses of the East Asiatic Company.

And that’s the really nice thing about it: The Riverfront is an homage to Bangkok’s past as a riverside trading post during the end of the 19th and beginning of the 20th century. Originally this was the pier where a lot of the teak wood trade took place, managed by Mr. Hans Nille Andersen.

Located on the grounds which formerly belonged to a Danish trading company, many of the original buildings have been retained (although they did get a “facelift”).

It’s popular not just with tourists, but also with Thais, but it definitely is the most upscale night market in Bangkok. One of the first things you’ll see when you walk from the river to the market is a huge iStore.

The Asiatique Riverfront is separated in four districts:

The Factory District is where the shopping goes on, and where most of the 1500 small shop are located in old warehouses. You find lots of fashion, some souvenirs, design items, handicrafts, furniture, home furnishings and other things, and the selection resembles the kind of merchandise you find at Terminal 21 – at least when it comes to fashion. You get good value for the money you pay, but it’s not the cheap bargain hunting you find at many other night markets.

The Waterfront District is what you see when you first arrive by boat. You find fancy restaurants and event venues lined up along a 300m boardwalk. Concerts, festivals and the New Year’s countdown celebrations take place here.

The Down Square District is a mixture of Thai & Western influences – a large sports bar, international food, and a small events area.

The Chareonkrung District is where you find more than 1,000 retail shops selling handicrafts, home decor, souvenirs, but also the Joe Louis Puppet Theatre and the Calypso Show (see below).

Eating At The Asiatique

There are more than 40 restaurants here, so you won’t need to leave hungry. There also is an outdoor food court (which is very clean), but fortunately there’s a roof protecting you even when it rains.

There are plenty of international dining options, from Japanese, to Italien, Korean, American, Thai, Seafood, Chinese, and like this shop – Champion Kebab – Turkish (it’s quite popular with international tourists). 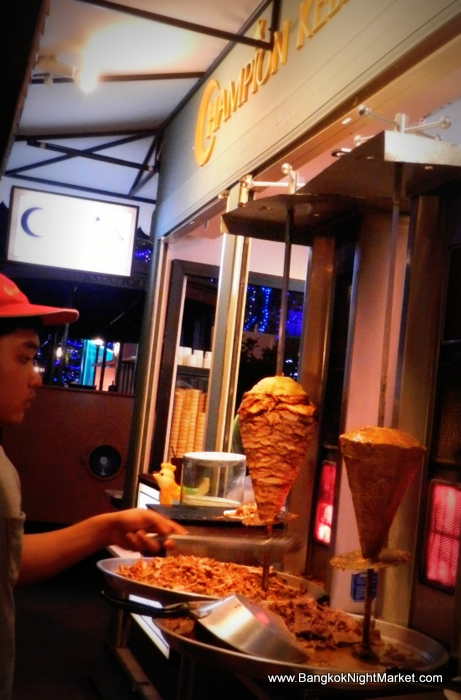 Baan Kanitha is an upscale Thai food restaurant with currently four branches in Bangkok, the newest one being at the Asiatique. It’s a good choice for people who want to eat Thai food which is adjusted for international taste – it’s not really authentic Thai food, but a more mellow version of it, less spicy, and a good option for families with kids too.

There are several shows taking place, like the Joe Louis Puppet Theater (which formerly performed at the Lumphini night plaza) and the famous Calypso Bangkok Theater.

The Joe Louis Puppet Theater is a traditional puppet performance, but with modern choreography, and it will take your mind on a wonderful mystic (and at the same time) funny journey of ancient Thai characters.

The Calypso is quiet a spectacle – 50 performers at each show. If you come with a group of five, that’s perfect, because there are tables for five people.

There are also some small vendors, and things like getting your portrait painted and the overall atmosphere is quite lively, without being overcrowded or busy. 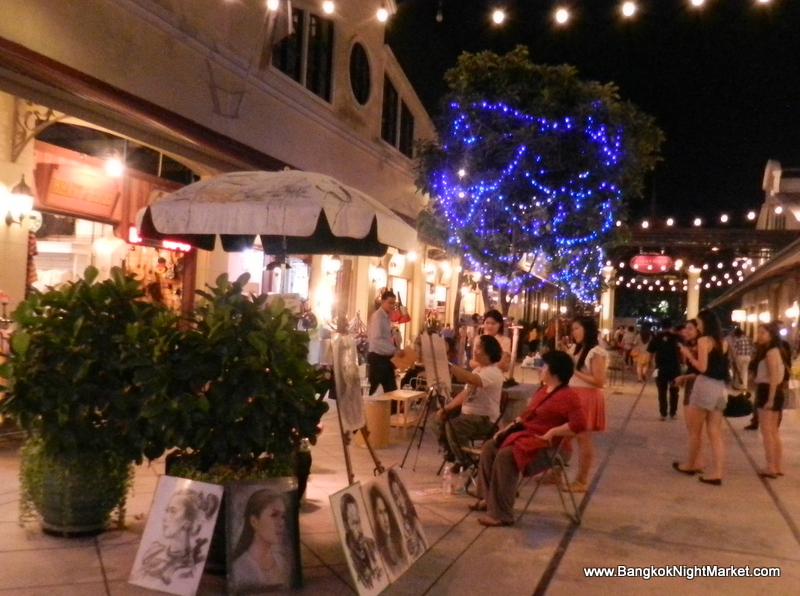 How to get there: By boat. Take the BTS (skytrain) to Saphan Taksin station. Then walk to the river. There you can get on a free ferry boat to Asiatique The Riverfront – it’s about 15 minutes and you get to enjoy the nice view of the Chao Phraya river. The boat leaves from the Saphan Taksin station every 15 minutes, starting at 4:30 p.m. and the last boat leaves from the Asiatique pier back to Saphan Thaksin at 11:30 p.m. It’s best to avoid going by taxi, because the road that leads there suffers from chronic trafficjamitis.